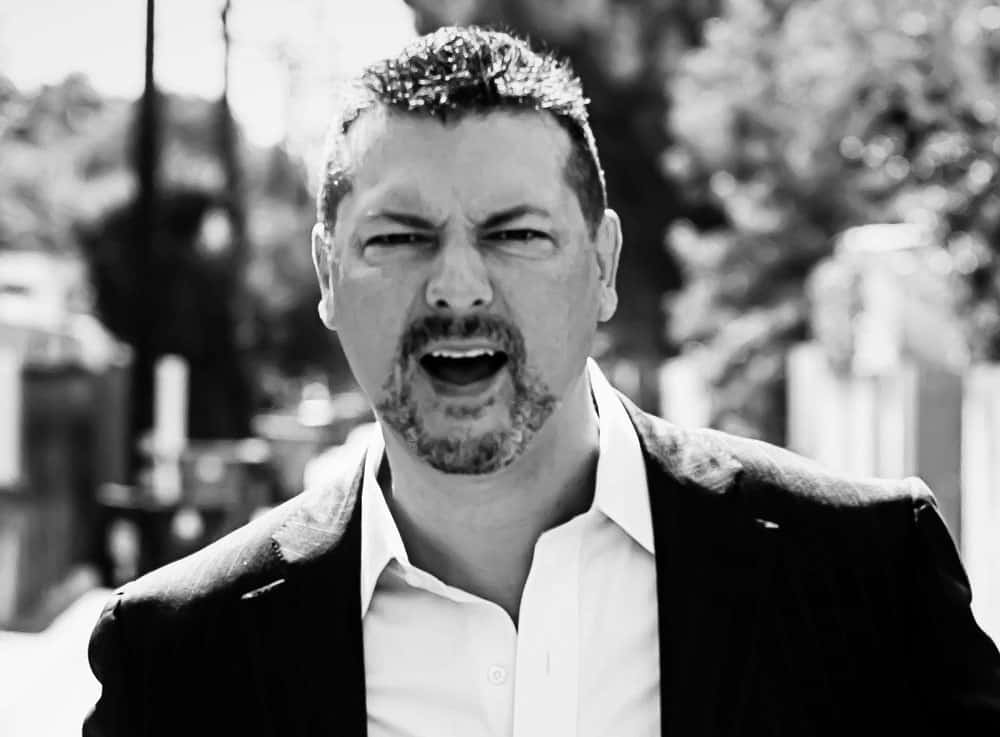 One day David Hayter was answering the phones in the production office for X-Men (2000).

The next he was writing the script and was credited as the screenwriter.

Without the success of X-Men, what is now the “Marvel Cinematic Universe” may be totally different.

David has since gone on to write the sequel, X-Men 2: X-Men United, Watchmen, and has been a part of many more projects as a writer, producer, and director.

If you are an actor, writer or creative type, you will love his advice on how he has thrived in Hollywood.

If you are none of the above, you will love his behind-the-scenes look into Tinseltown and how his advice can be useful anywhere.

What to listen for:

Keep pursuing what you love and everything will work out alright. It is easy to go after your dreams. But it is also important to recognize where things aren’t working and how can you get better.

Approaching everything with a beginner’s mind. Ego will be the only thing that gets in the way. There is a lot of strength in saying “I don’t know it all… How do I do this better?” Take your work seriously, but not yourself seriously.

What does success mean? Are you able to make a living at what you want, doing what you want and happy with the work you are putting out? Do you want to put 5 years of work into something that you don’t enjoy? Are you the right person to do it?

What themes appear in his writing that mirror his approach to life? His personal attitude is that the rules of the world are to be applied or disregarded as it suits you best.

How would you push boundaries? Pushing boundaries is dependent on ones ability to put aside fear. This means that you put fear into perspective. You have to be willing to lose. Every crushing defeat falls by the wayside over time. Sometimes you win and sometimes you lose. It is about being willing to control and override your fear and knowing that the stress of the ride is worthwhile.

How do you have a really difficult conversation? If you want big time success, you will have difficult conversations. By studying martial arts, David was able to learn that it isn’t about your ability to attack. When you stay calm and when you stay in areas that you are strongest you have great power. The goal is to be relaxed and try and figure your way to win with the situation harming you. In Hollywood, studying proper argument and debate can really help.

General view on life that you live by?

Develop the drive and the charm to be in difficult situations in a way that is still engaging to people and doesn’t put people off. Especially in a business where you have to work with so many people without letting your ego get in the way.

The critic is there to make you second guess your work. Listen to it judiciously. If it is telling you it could be better because you sense that, it is helpful. If not, let it go.

What is it like to begin with a blank page? You push and push to get a job and then you actually have to do it. It is one thing to say “I am going to create a 150 million dollar movie.” It is another thing to say I have to start today and I have nothing yet. Feel the fear, and let it go. Take everything about the project that you love and let it swirl around in your head; all the things that inspire you about it. Put it in a mental blender. I start out every project with, “ok, comma.” I just start writing an outline and that starts to take form.

Someone once asked Somerset Maugham if he wrote on a schedule or when he was inspired. He said, “I only write when inspiration strikes. Luckily it always strikes at 9am.” Stephen King said you either dream of writing books or you get up and just do it.

Does expectation matter? Knowing trends is important. But then it is important to ask what is the audience getting and then what will surprise them?

That feeling that you second guess yourself doesn’t ever go away. David was once asked by a woman about auditioning. She wanted to know when David would audition, how would he read the room? He responded, “Don’t worry about how they are feeling? They (casting directors) are tired, upset, there is a problem with the money for the movie, and they have heard the same lines over and over. Don’t worry about how they are feeling. Come in and make them feel good! Command the room. Bring in an attitude of funny, suspense, etc. You dictate how the room reacts. If they are cranky and out of sorts, and you can break them out of that, then you control your own destiny. Hopefully this will save you 20 years of auditions that (you) are unsetting the casting directors. They are already upset…”

Other questions he asks…

Always have a “secret….” Just say to yourself when you are taking with someone, “I have a delicious secret.” Watch what happens on your face and your face. Create that feeling… You don’t have to have a thousand ideas at the ready. If they (producer, casting director, etc) doesn’t hire you, those ideas are going to someone else. You just need to create the feeling that that opportunity is there. Leave them with the idea that “don’t worry, I got this…” What you are saying is, “you know that impossible problem you are facing, I will take care of it.”

If you want to be interesting, be interested in what you are saying. To go further, be mysterious about it. People want to know what put a smile on your face and how can I get there.

Morning Pages, from The Artists Way by Julia Cameron

The Kids in the Hall

PrevPreviousZoom Shortcuts: Reminders For Hosts
NextResearching Your CompetitorsNext
READ THIS NEXT
Write To Rank Your Blog Posts On Google: Definitive Guide
Menu