Is It Finally Time To Stop Using Google Chrome?

Just so that we are on the same page, you are probably reading this article on a “browser.” That is the official term for the software you use to view the Internet. Examples of a browser are Google Chrome, Apple Safari, Mozilla Firefox, Microsoft Edge (formally called “Internet Explorer), and about a dozen more…

Even when Internet Explorer was king, Google Chrome was my browser of choice. Over the years, other browsers like Firefox and Chrome slowly chipped away at Microsoft’s dominance, and as of today, Google Chrome is used by more than 70% of people that surf the Internet.

The reason for Google’s supremacy was one thing: the developer community. Google Chrome has countless apps in the Google Chrome Webstore and these extensions (thing “apps”) allow you to expand the features and functions of your Internet browser.

A good example of this is that you can install the Grammarly extension. Grammarly will check your spelling and grammar in real time. Safari and Firefox have some, but nearly as many as with Chrome. When you think about the iPhone, the developer community is very strong and that makes the iPhone the most valuable device in the smartphone market.

Just recently Google notified us that it will roll out some changes that have pushed me over the edge.

Privacy is a key issue this year and Google is going to disable the ability for developers to create and list ad blocking extensions in their store. These adblockers allow you to customize your browsing experience by filtering the number of ads that you are exposed to while you surf. I keep thinking about the quote from “Ready Player One” where the CEO said they were proposing to ‘cover up to 80% of the user’s field of view with advertisements, he notes, without causing seizures.’ That is not a good view of the future and one that we are hurdling towards.

Here is a quick example of one that I have come to depend on called DF Tube (Distraction Free for YouTube™): 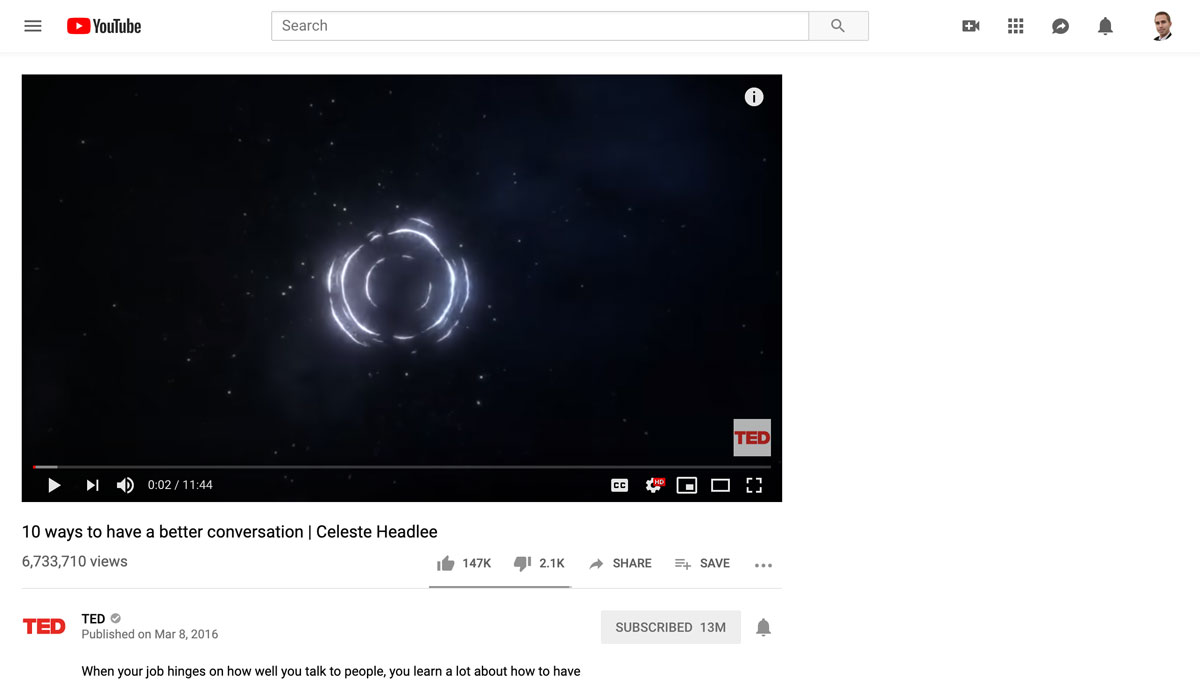 As you can see, the right sidebar is gone and this extension prevents Google from autoloading videos afterward.

Solution: I switched to Brave, and encourage you to as well…

When I thought about what I need my Internet browser to do, it really comes down to a few things:

I finally choose a browser called Brave. It is based on the open source version of Chrome (called Chromium) without all the Google restrictions.

This was the easiest to solve with Brave.

Since Brave is based on Chrome, you can use all of the extensions (about 99%) that are in the Google Chrome Webstore. To see the ones that I use every day, click here.

I was delighted that Brave used the same Chrome Webstore Extensions but was horrified that it was so difficult to sync passwords and bookmarks with my phone’s Brave Android App. This feature is still in beta and I was only getting data to sync to my phone but not the other way around (my phone to my computer).

To make things worse, I have a computer at home, a computer I travel with and my android phone.

Then I started to think about what I actually needed and found better workarounds:

I have hundreds of bookmarks in Chrome even though I really only use about 50 on a weekly basis. So, I was able to install Toby, which is a bookmark manager and sync the 50 I use weekly from computer to computer.

On my phone, I don’t use many bookmarks. Instead, I like to take records of websites or articles I find interesting which makes it so much easier when I sit down to write. To solve this one I decided to use Pocket. Pocket is an app that lets you quickly save a site that you find of interest as well as allows you to add tags so you can find it again. Pocket works on desktops, tablets and mobile phones.

I found a feature inside the settings that even allows you to upload the file you get when you export your Chrome Bookmarks. This way I have a record of everything I thought was interesting before I made the switch to Brave.

I currently have about 2000+ passwords, and finding a good solution to sharing passwords between my desktop and mobile was really important.

I decided to go with LastPass.com to solve this need.

What I love about them is that their free version allows you to sync your passwords with a phone, computer, and tablet. This makes it so that you don’t have duplicates and you will have all your passwords when you need it.

If you already stored a number of passwords in Chrome, Safari or Firefox, LastPass makes it easy to upload all of these into LastPass.

Brave is more secure than Chrome and also has ad blocking as a core feature, not just an extension.

This is perfect because I can remove the extensions I was using for adblocking, making Brave even faster. Brave also incorporates the Chrome extension HTTPS Everywhere which was developed by the Electronic Frontier Foundation (EFF). If you haven’t heard of EFF, they are one of the core nonprofits “defending digital privacy, free speech, and innovation.”

I help entrepreneurs, business owners and freelancers solve problems. Whether you need me to guide you or solve something before me, I’ve got your back. Click here to learn more.
Oh, by the way, I can help you with this...
Click here to ask me a question »

Switching from Product A to Product B always comes with some hurdles.

While I needed to find a few new solutions to make a successful change to Brave, all of them will actually make my usage of the Internet faster and more secure.

In an age where you (in the form of your movements online) are being sold, it is important to choose what the products that we use wisely.

Give Brave a try and let me know what you think!

PrevPrevious“Who Knows What the Tide Could Bring?”
NextGet This Bluetooth Headset If You Make Calls In The WindNext
READ THIS NEXT
Write To Rank Your Blog Posts On Google: Definitive Guide
Menu